Creative tax advice from neighbors, friends, and store clerks is not limited to the U.S. Marina Hernandez of Swiss American Wealth Advisors lists and debunks the second half of the top 16 tax myths for Americans living abroad in Part 2 of a two-part article.

Creative tax advice from neighbors, friends, and store clerks is not limited to the U.S. For Americans living abroad, tax misinformation tends to thrive in online expat communities where incorrect advice is quick to be shared and hard to be corrected, particularly in the age of coronavirus.

Given the punitive nature of offshore income and asset reporting penalties, understanding what is wrong about these myths is crucial. This is Part 2. For Part 1, check here.

I don’t need to worry about penalties for late filing because I never owe any U.S. tax.

While most IRS penalties are calculated as a percentage of tax owed, international information returns, like form 8938, can carry large penalties merely for filing the form late, even when no tax is due. Some of these penalties start at $10,000 per form per month. Late or incomplete filing of Form FinCEN 114 can also result in large penalties. Timely filing of U.S. expat tax returns is critical to avoid these potentially costly outcomes. U.S. expats who realize they have made reporting mistakes and are non-compliant should carefully research their options, including any IRS programs that may be available to bring them back into compliance, such as the Streamlined Offshore Procedures, and make sure they understand the program requirements and potential consequences of filing before taking any action.

I don’t need to pay social security because I work abroad.

Americans employed abroad by foreign companies typically participate in the social security system of their foreign employer. Self-employed Americans abroad, though, may also be required to pay into the U.S. social security system unless they are eligible for a Certificate of Coverage from the foreign country. These certificates are available when there is a social security treaty, or Totalization Agreement, between the U.S. and the foreign country where the U.S. expat is self-employed. In countries without a Totalization Agreement, Americans are likely to end up having to pay into both systems and being doubled taxed.

I don’t need to report my foreign business because I put the company in my spouse’s name.

Due to the complexity of the U.S. tax rules, some of the tax reduction and simplification ideas shared online among non-experts can be clever by a half. The idea of putting a U.S. citizen’s business in the foreign spouse’s name is one of them. There are several problems with this idea, including potential gift tax, substance over form, and assignment of income issues. But what usually gets U.S. expats in trouble first are information return related penalties. Shares of a foreign entity owned by a foreign spouse are considered constructively owned by the U.S. citizen, resulting in reporting obligations of the foreign entity on the U.S. citizen’s tax return. These obligations include filing Form 5471 in years of acquisition or disposition of shares by the foreign spouse. Form 5471 is one of the information returns that carries a minimum $10,000 automatic failure to file penalty that can grow to as much as $50,000 if the issues are not resolved quickly. Falling for this myth can be an expensive mistake to make.

I don’t need to file a state tax return because I moved abroad.

U.S. expats are happy to quickly break their tax ties with their former state of residence. Unfortunately, they are not always careful to completely break their domicile ties. This can result in them continuing to be considered tax residents for state tax purposes. Several states, like New York, California, New Jersey, Pennsylvania, and others, may continue to treat and tax as residents former resident taxpayers who have not completely severed the ties with their former state. Spending too much time physically there, maintaining a driver’s license, voting for state offices, visiting doctors, keeping social connections, or even maintaining the former home all can be indicators potentially triggering taxation as a resident. Even when no longer a resident, filing obligations can continue if there is income from within the state, such as a business interest or a rental property located there. Thinking that the rental property is losing money doesn’t change the filing requirement. The losses actually provide a very good reason to file: to preserve them for when the property is sold.

This is not income because the country where I live didn’t tax it.

The IRS doesn’t care how the foreign country taxes any income. If the income is not specifically excluded in the Internal Revenue Code, it is taxable. Section 61 leaves little doubt: except as otherwise provided in this title, gross income means all income from whatever source derived. There is no exception for income that is not taxed by a foreign country. If your country of residence doesn’t tax your foreign unemployment income, good for you. If it doesn’t tax your investment gains, well, that’s lucky. Same with severance payments, car allowances, and other employee benefits that may be tax free abroad but are taxable under U.S. tax rules. Every item of income needs to be evaluated under domestic U.S. tax rules and reported accordingly.

I can take this deduction because it is on my foreign tax return.

In the same manner as in the preceding myth, deductions are determined under U.S. tax rules, and their deductibility in a foreign country bears no impact. The variations between what is deductible in one country versus another can sometimes result in significant differences between the foreign tax return amounts reported abroad and on the U.S. tax return. When the reported taxable income is exactly the same in both countries’ tax returns, although not entirely impossible, something is likely to be wrong.

This is an area that, once again, causes enormous frustration. Understandably so. If contributions to U.S. 401ks are tax deductible, then of course it is reasonable to expect that contributions to foreign employer retirement accounts will also be. Unfortunately, the default treatment is that they aren’t. With the exception of a small number of countries with which the U.S. has comprehensive tax treaties addressing retirement plan contributions, such as with the U.K. and Canada, in most other cases, the answer is that the contributions can’t be deducted. Not only that, rollovers from one foreign employer pension to another will likely be considered U.S. taxable distributions.

This is another area of frustration. Foreign mutual funds, exchange traded funds (ETFs), and other pooled investments are usually classified as Passive Foreign Investment Companies for U.S. purposes, or PFICs. PFICs are taxed punitively and do not benefit from preferential tax rates like qualified dividends and long-term capital gains as U.S. funds do. They are taxed at ordinary rates, potentially at the highest marginal rate, plus an additional interest charge. They also require extensive reporting that can be expensive and time consuming. From a tax perspective, investing in U.S. funds is a more efficient choice for U.S. expats.

This column does not necessarily reflect the opinion of The Bureau of National Affairs, Inc. or its owners.

Marina Hernandez, EA, CFP® is a financial planner, investment manager, and international tax adviser experienced in advising Americans living in Switzerland and Swiss families living in the USA. She is the founder of MHTax, a tax advisory firm, and an Investment Advisor Representative with Dynamic Wealth Advisors dba Swiss American Wealth Advisors. She loves providing international tax education through her blog, The Crossborder Planner and as guest lecturer at the Global Financial Planning Institute. 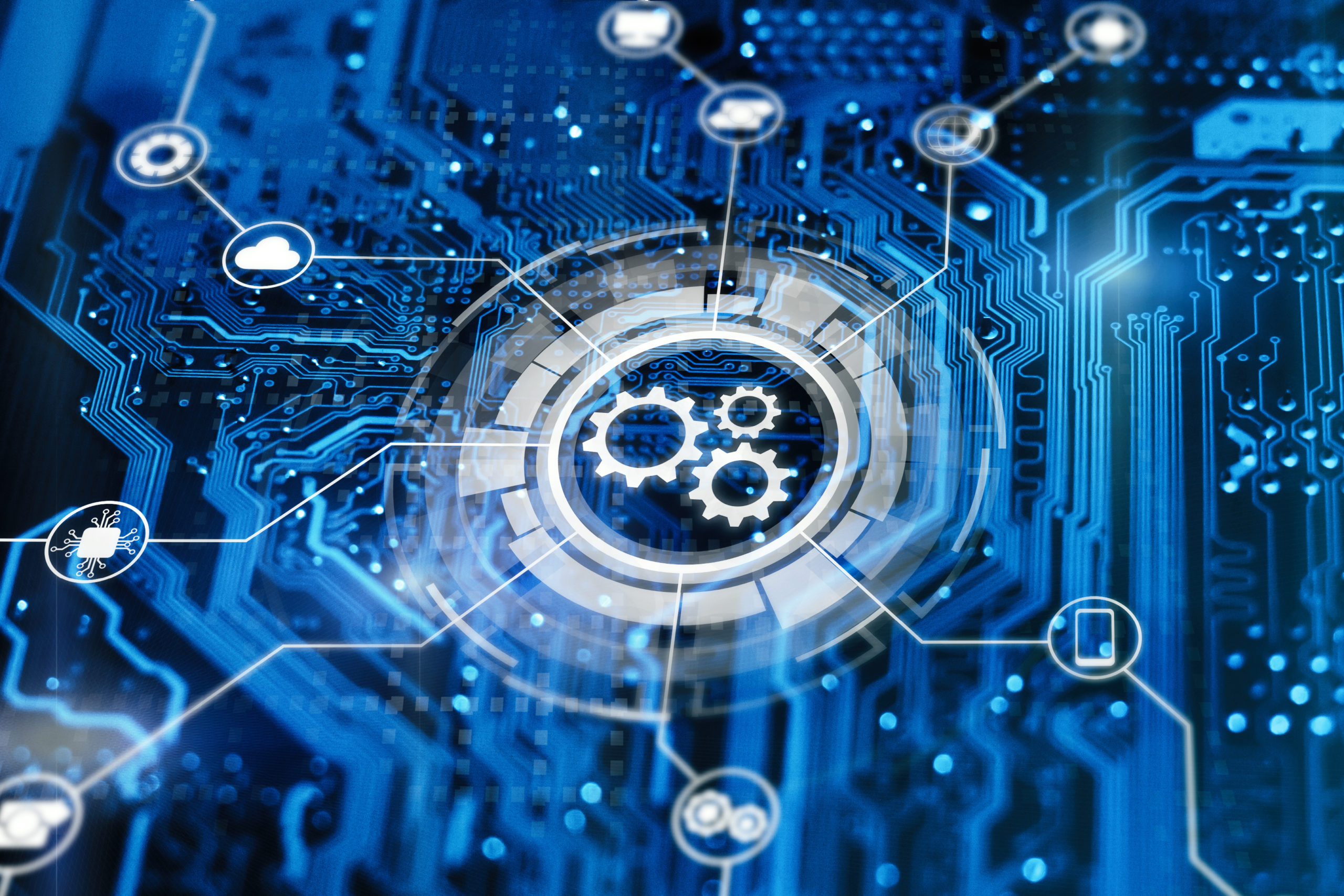 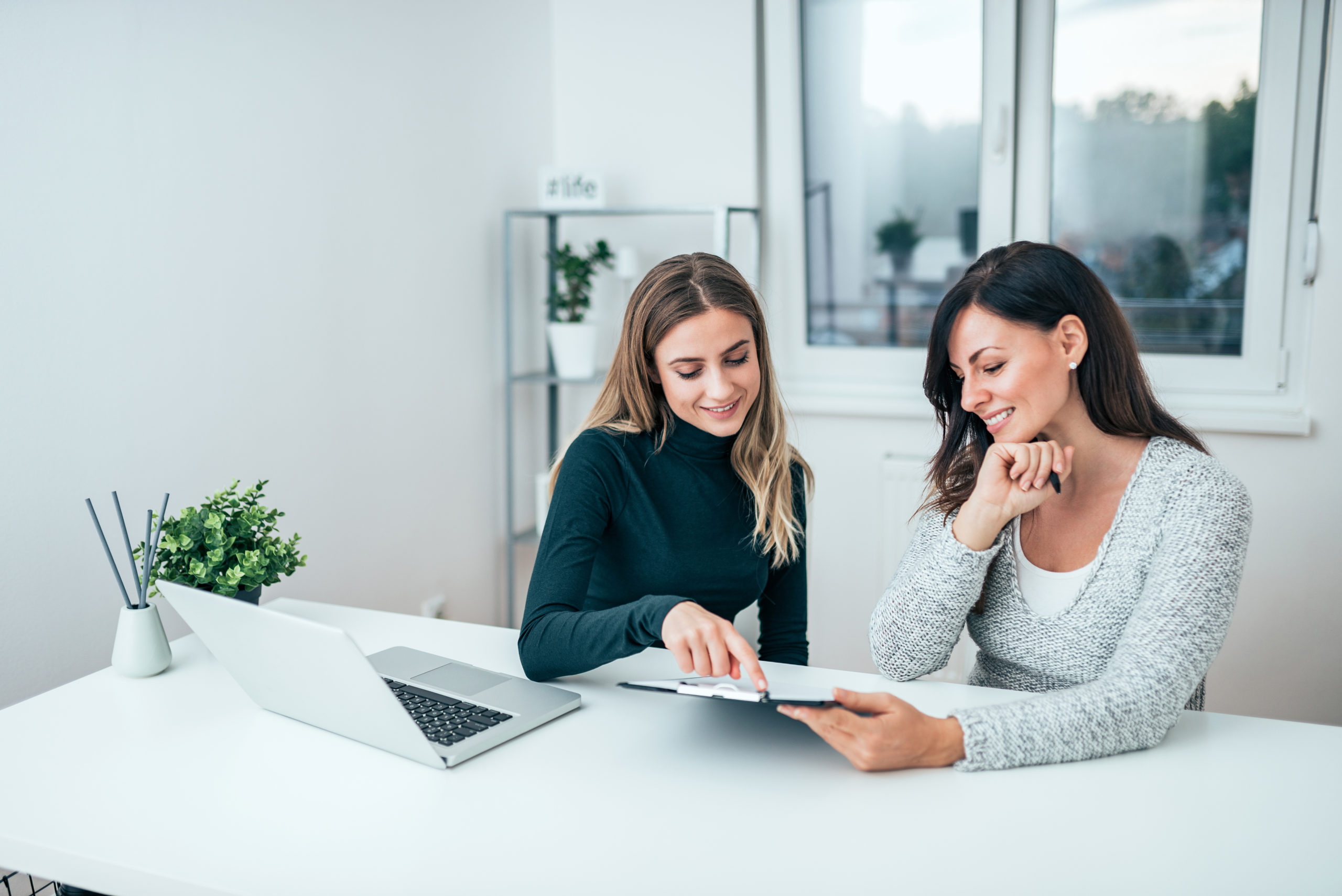 Dynamic: Women and Wealth: Meeting the Needs of a Dynamic Demographic 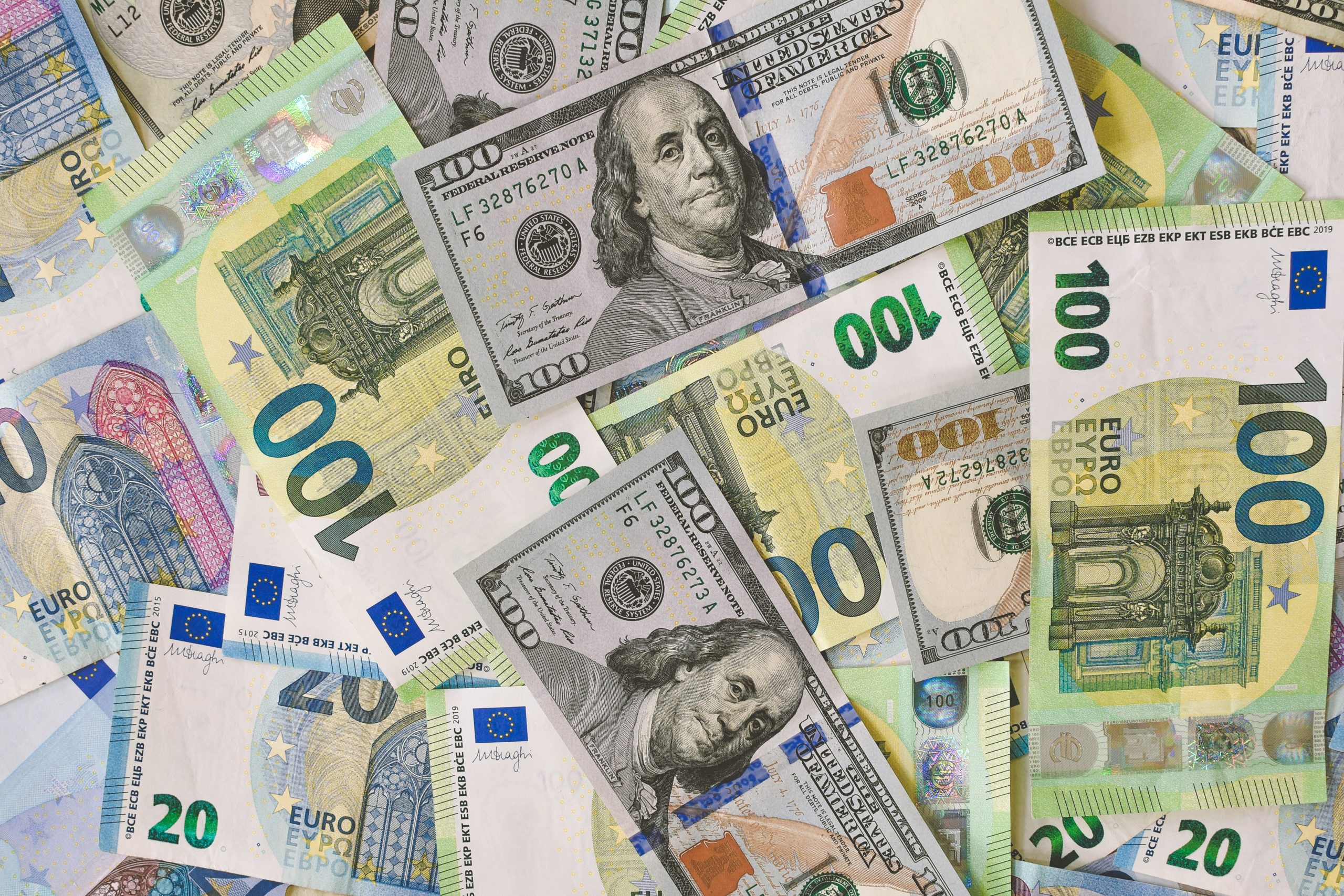 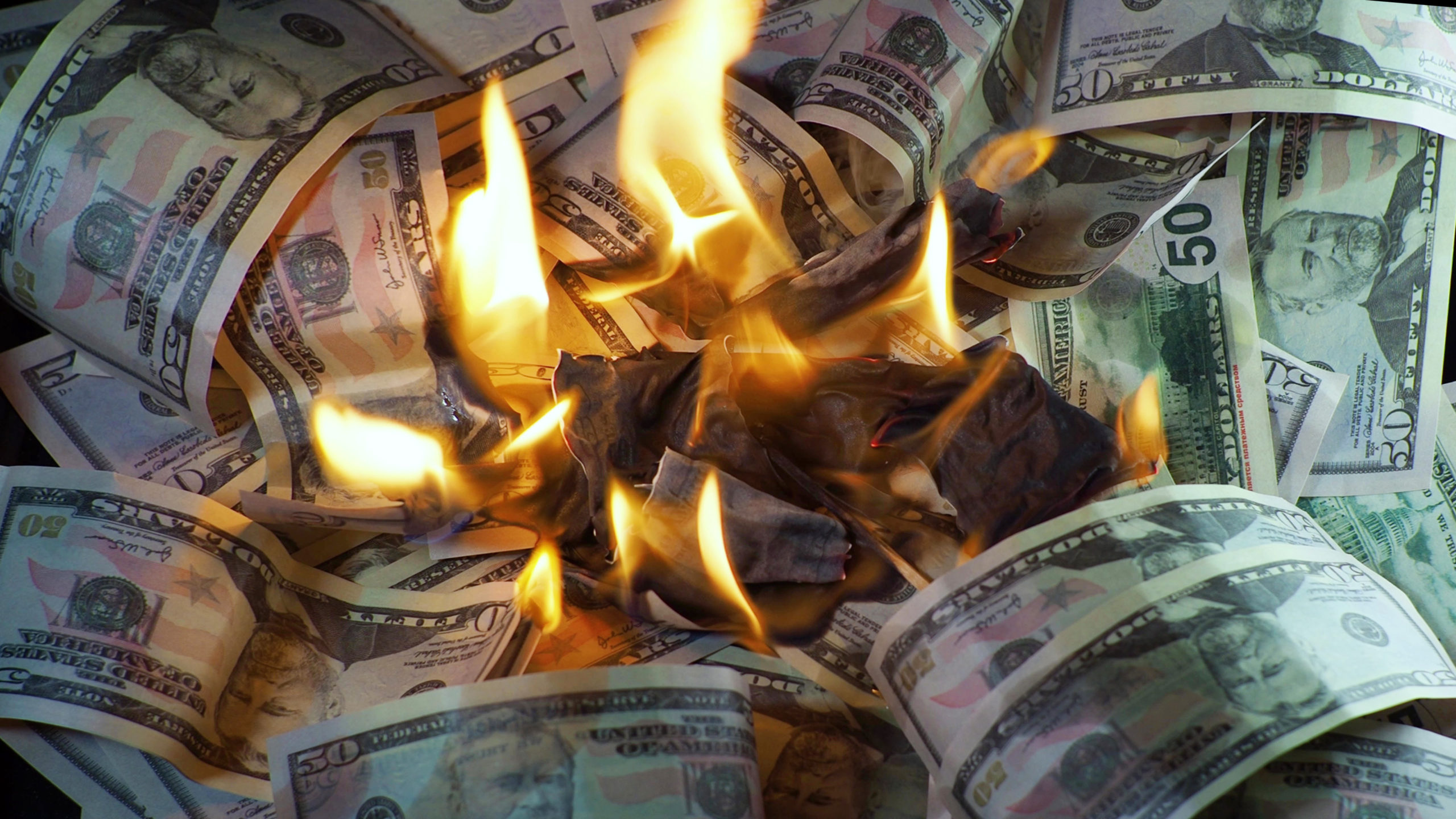